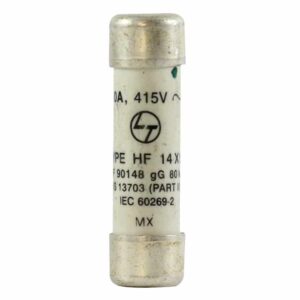 What is an HRC Fuse and what is it used for?

A fuse is a protective device used to protect a device or circuit against serious damage caused by overcurrents or short circuits.

Under normal conditions, the flow of current through the fuse provides insufficient energy to soften the element. If the enormous current leaks through the fuse then it melts the fuse member before the fault current reaches its peak. 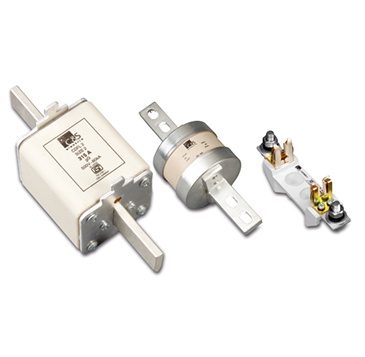 The construction of the HRC fuse comprises a material that has a heat-resistant body such as ceramics. The ceramic body includes metal tips welded through a silver current-carrying element.

The internal area of the fuse body is filled with filler powder material. Here the material used is quartz, gypsum, dust, marble, chalk, etc. This is the reason why the current flow cannot overheat. The resulting heat will evaporate the molten element. The chemical reaction occurs between the filling power and the silver vapor to obtain a high tensile material to help reduce the arc in the fuse.

In general, copper or silver is used as a fusion element because of its low specific strength. This element normally consists of at least 2 sections. The fuse element usually comprises two or more sections connected by tin seals. The melting point of tin is 2400 C, which is inferior to the melting point of silver as 980o C. As a result, the melting point of the pewter assemblies prevents the fuse from obtaining high temperatures under short circuit and overload conditions.

Some of its benefits are: No aging, tightness maintained, low power loss due to optimized melting conductor construction, and high reliability.